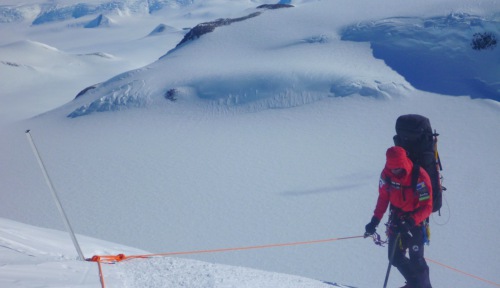 Made it to Punta Arenas guys! What a wild night. Last night the ALE's Ilyushin plane landed in a total whiteout and took off in the same conditions, it was one of the wildest things I have ever seen. It nearly had to turn around and go back to Punta the conditions were so bad. Taking off was just amazing, totally wild. We left at 11pm last night and I arrived in Punta Arenas at 3am. It was the first time I have seen pure darkness for over a month after being in 24 hour sunlight, so to be honest I was a little disorientated! Feels very weird. I didnâ€™t sleep that well I think I was almost too comfortable in a bed! Have had lots of things to get organised today repacking etc and sorting for next leg. It was a weird feeling leaving Union Glacier Base Camp. I had been there so long and met so many amazing people I was sad to leave in some ways. I am also now climbing with a different group on Aconcagua due to my delays so lots of things to get up to speed with. Glad to be in a warmer climate though, thatâ€™s pretty cool! Just about to get on flight to Santiago where I will be until Monday, then Iâ€™ll be on the bus to Mendoza in Argentina. Mount Vinson leg over, Aconcagua next!