Today Richard Parks began stage one of the world’s highest mountain bike race – The Yak Attack.  He started the race just 4 weeks after returning home from a brutal expedition to ski solo to the South Pole.

The Yak Attack, held in Nepal is considered the world’s highest mountain bike race.  Taking place in the mighty Himalaya, comprising of 11 stages, covering 400km and with a total altitude gain of over 12,000m this race throws every obstacle under the sun at the adventurous riders daring to take it on.  It’s 400km/248 miles of some of the most brutal terrain on earth, from the hot and dusty lowland foothills to the snow covered, oxygen thin, Thorong La pass. 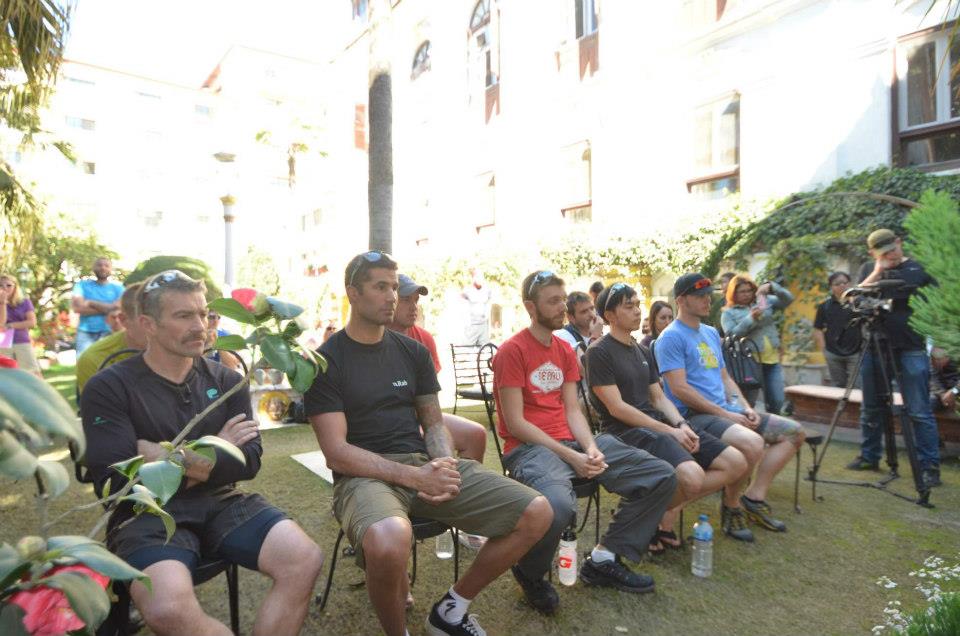 Richard at the pre race briefing, picture courtesy of  www.nepalsutra.com

Finally he added before the race got underway today; “It’s my first competitive mountain bike race, I am excited!  I’ve been feeling stronger every day and although I wish I had another month before the race, I am confident I have done everything I can to recover in such a tight turnaround from Antarctica.  Being back in Nepal is really awesome.  It’s a special place to me, to be here for something different is cool.  I’m feeling mixed about the race, excited, a little anxious and apprehensive because there are so many unknowns in this project.  Normally at this stage I have prepared for all eventualities and am totally dialed, but my physical strength is still an unknown because of the coping strategy I have adapted to recover…lots of unknowns but I am really excited, it’s a cool event, one of the toughest mountain bike races on the planet and I am excited to be part of it.”