Beyond the Horizon named Rugby Book of the Year! 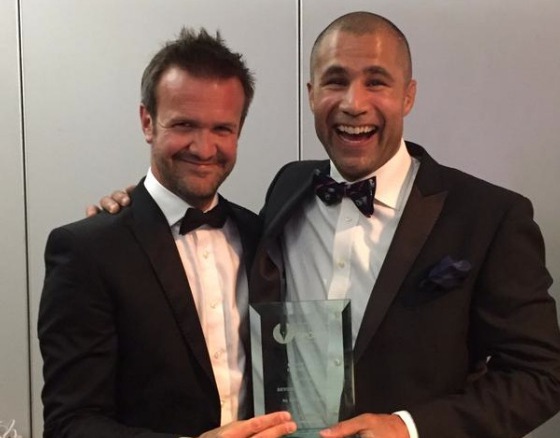 The British Sports Book Awards highlight the most outstanding sports books of the previous calendar year and Richard’s Beyond the Horizon fought off the likes of Brian O’Driscoll’s memoirs to win the Rugby Book of the Year Award.

“It’s not often that I am dumbstruck, but hearing my name announced as the winner was such an incredible surprise,” stated Richard. “I was genuinely proud to have just been nominated alongside so many other amazing books. Rugby has given me so much and played such a big part in who I am and what I have been able to achieve in this chapter of my life, so to win the award for Rugby Book of the Year is a huge honour.”

“Obviously I am personally proud of Beyond the Horizon but like everything I have achieved, its success is the result of the incredible team I have around me. This award is for so many people, although the actual trophy will live in my lounge!”

Richard added; “I can remember how difficult it was editing the acknowledgment section in my book as there are so many people that have played such a big part in my journey, but it’s important on a night like this that I thank Michael Alywin and Adam Strange for their passion, belief and patience.”

Beyond the Horizon is published by Sphere, an imprint of Little, Brown, and non-fiction publishing director, Adam Strange added; “What a fantastic night. Richard’s is a truly inspirational story, told exceptionally well, and I’m thrilled that its quality and importance has been recognized with this award.”

Other award winners on this special night were Richard’s former teammate and fellow countryman Gareth Thomas, who won Autobiography of the Year for his book “Proud”, whilst James Montague's “Thirty One Nil” won Football book of the Year. The night finished with a final award for Outstanding Contribution to Sports Writing, which was awarded to Sir Michael Parkinson.

You can read about all the winners at the Cross British Sports Book Awards here.

Highlights of the awards will be shown on Sky Sports on:

ABOUT BEYOND THE HORIZON

Beyond the Horizon follows the captivating journey from the shattering injury that ended Richard’s rugby career, through to his pioneering and world first expeditions in the most extreme environments on earth. Those expeditions saw the former Welsh rugby international become the first person to climb the highest mountain on each of the world’s 7 continents and stand on all 3 poles in the same calendar year, and in under 7 months, whilst the book culminates in Richard becoming the fastest Briton in history to ski solo and unsupported from the coast of Antarctica to the South Pole. 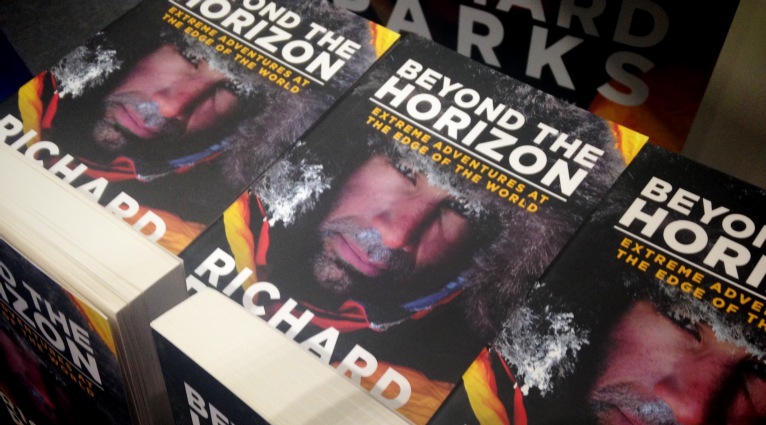 Undefeated: The Story of the 1974 Lions Rhodri Davies (Y Lolfa)

BEYOND THE HORIZON - RUGBY REVIEWS

“If you read one book this week, make it Richard Parks' stunning insight into the pain of life after sport. I do not think I have ever read such a vivid, moving and utterly authentic description of what the end of a professional sporting life can mean.”

“Contained within it are some of the most honest, heartfelt, insightful passages you will find in any sporting autobiography. Anyone with a tendency to doubt themselves – or who wonder if they have it in them to prosper in the wider world – should buy his book.”

“Richard Parks takes us on a journey to hell and back in this gripping account of his post-retirement life. Parks’s brutal honesty about his fears and pain, make this a compelling read.”