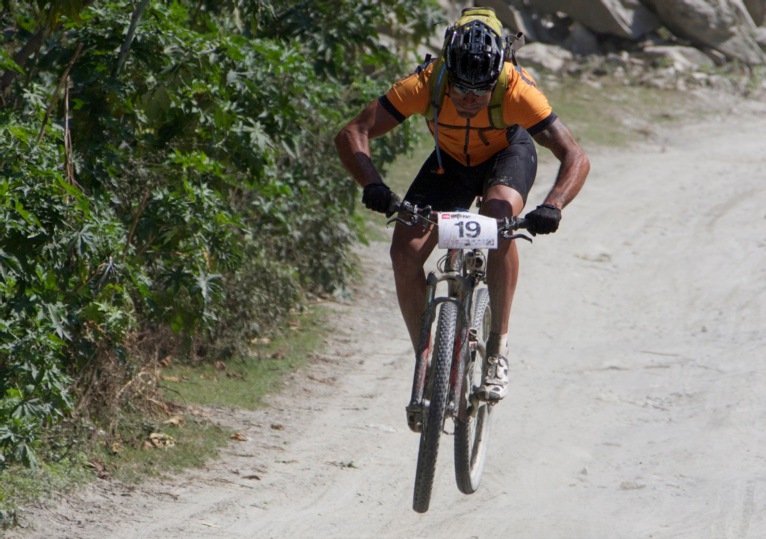 Richard extended his partnership with Specialized UK this week, formalising his status as a Specialized UK ambassador. Richard has been riding Specialized bikes for the past five years during his preparation and training for his record setting expeditions. The new partnership sees this support continuing, with Richard being firmly established in to the iamspecialized stable of athletes that already consists of the likes of Mark Cavendish, Lizzie Armitstead, Peter Sagan and Alberto Contador.

He also announces today that in June this year he will enter the epic 2,745m/4,418km self-­supported “Tour Divide” traversing the length of the Rocky Mountains from Canada to the Mexican Border. The Tour Divide follows the Great Divide mountain bike route, the world's longest off-­road cycling route, which travels through Canadian provinces of Alberta and British Columbia, and the United States of Montana, Idaho, Wyoming, Colorado, and New Mexico.

Richard will take on the Tour Divide as part of the preparation for his next world first expedition in 2016/17. This project is currently in development and under wraps but he hopes to reveal the project later this year.

“I can’t wait to ride the Tour Divide route,” said Richard. “It’s been a bit of a dream of mine for some time to take on this incredible challenge. I am super proud to continue my partnership with Specialized and to enter one of the world’s most iconic cycling races as an iamspecialized athlete is awesome.”

Considered one of the toughest mountain bike races on the planet, the Tour Divide is a battle royal that sees riders brave mountain passes, windswept valleys of the continental divide from hinterlands of the Canadian Rockies to badlands of the Mexican Plateau. The route is unmarked and circuitous, requiring navigational acumen. It travels through remote backcountry with Grizzly Bear and Mountain Lion density. Intervals between services are frequently 100+ miles and the race demands calculated food and water resupply. Get that wrong - and you’re in trouble. Riders must also find shelter each night or bivouac/camp trailside. In minutes the Rockies' dynamic mountain weather can wreak havoc on route surfaces, derailing even the most thorough travel projections. And, of course, it wouldn't be a grand tour without the geopolitics of negotiating an, albeit lower­‐security, international border crossing at Port of Roosville, Montana.

By route's end a through rider will climb nearly 200,000 feet of vertical ascent (equivalent to summiting Mount Everest from sea‐level 7 times).

Specialized UK Marketing Manager James Fisher stated; “We are thrilled to continue our relationship with Richard and formalise his position as an iamspecialized athlete and ambassador. Richard has already proven that he is an athlete capable of pushing the boundaries of human performance and at Specialized UK we are thrilled to be able to continue to play such a huge part in Richard’s training for his incredible endurance challenges. All our iamspecialized athletes posses this remarkable desire and attention to detail to be the best in everything they do. Richard is no different. He is a wonderful ambassador and his athletic ability combined with his mental tenacity, professionalism and humility make him a fantastic addition to our sporting portfolio.” 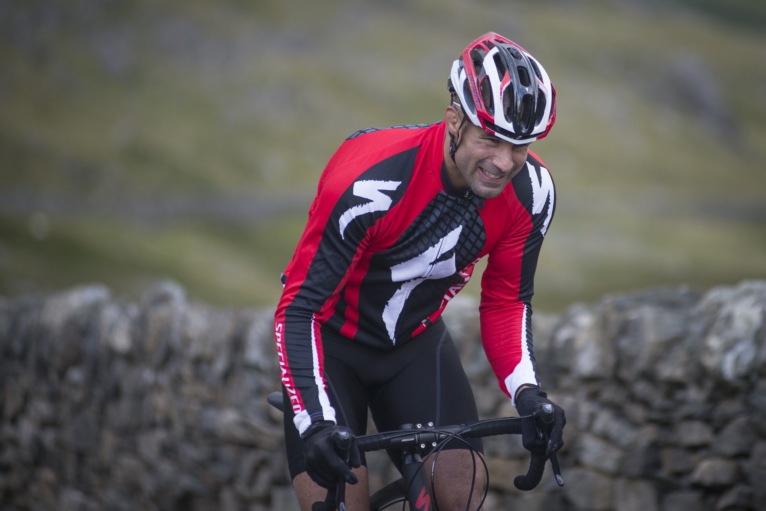 THE TOUR DIVIDE IS A GIGANTIC ASK

Richard isn't new to challenging himself; “It’s important for me this year to have this goal,” Richard stated. “It gives me an exciting short term focus for my training and I love pushing myself in wilderness environments.” He added; “It will be tough at times, but it’ll also be wonderful too. It’s a privilege to experience such beautiful wilderness like this. I’m amped to be able to arrive at the start in a good place, in contrast to where I was entering the Yak Attack in 2013!”

Richard took on the Yak Attack - the highest mountain bike race in the world in 2013, just a few weeks after returning from a 39 day solo R&D expedition in Antarctica, physically and mentally frazzled; “It was a tough experience - mentally and physically, but working with Nic (Dr. Nicola Phillips - Richard’s Physio and Performance Director) we were able to get some valuable data that influenced much of that preparation year building up to my speed record expedition in Antarctica. The recovery systems we implemented will certainly help me on the Tour Divide.” 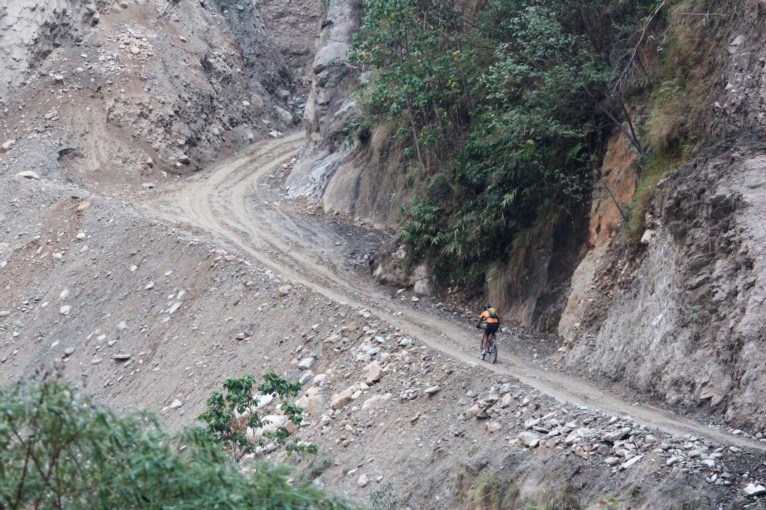 James Fisher from Specialized UK added; “The Tour Divide is not only a monumental test for the rider but also the bike. We are hugely excited about developing Richard’s Stumpjumper HT ready for this incredible race.”

Richard will be back training at Sport Wales and out clocking up the miles on his Specialized Diverge until June. He’ll be working together with Specialized, fireflyTM and Rab over the coming months to develop his Stumpjumper, sleeping system, gear and equipment ready for the race, in order to perform as light as possible whilst not compromising durability.

Richard added; “The Tour Divide is an exciting challenge, it has so many layers; being self sufficient, nutritional calculations, long days in the saddle, the skill of negotiating the terrain, pacing, bike maintenance, gear management, weather conditions, climates, staying healthy, finding places to sleep, avoiding being eaten by bears! Ha! But it’s managing these factors above the actual performance that really excites me!”

TIMES AND THE PRIZE

The Tour Divide racing format requires no designated rest periods or set distances a racer must travel daily. The average race time is around 25 days in the saddle, although a recreational or commercial itinerary would take up to 70 days to complete the route. The clock runs non-stop. To record a competitive time, Richard will have to ride 115 off road miles a day. No entourages follow athletes. You are alone, at one with nature for weeks on end. It cannot be compared to today's 100‐milers, 24hour racing, or even 3­‐5 day stage race events. 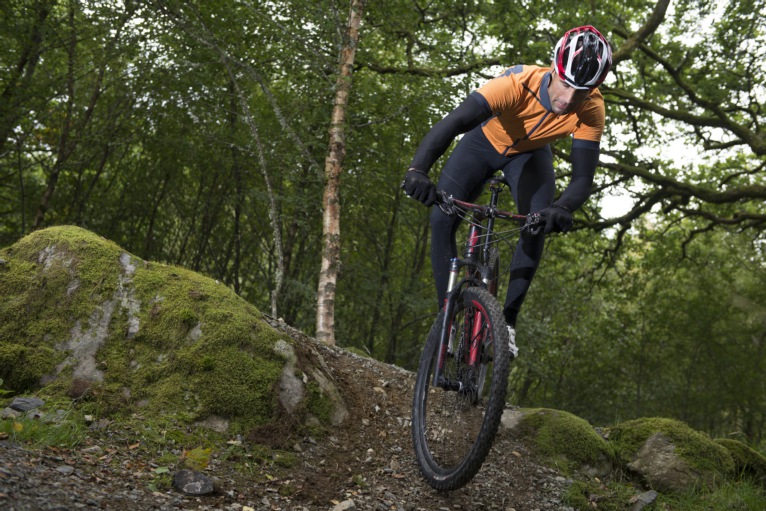 Finally, Richard added; “I don’t care about speed or records on this one. I’m treating it like a 4,418km fun training session and I just want to get to the end! I also love the spirit of the race and that there’re no prizes or an entry fee. You just have to write a letter of intent saying that you’re crazy enough to want to take part! The prize is the pride of crossing the finish line, and the experiences you have getting there. When there’s no prize, just the finish line, you know something is going to be bloody hard, so making it to the end safely and in one piece is my aim. Above all, isn’t it always about enjoying the adventure.”