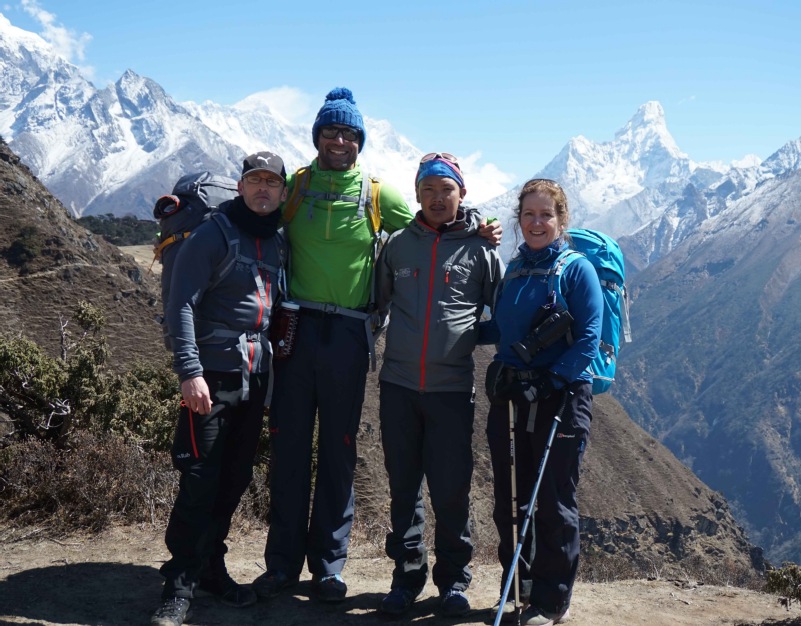 In my first blog of the expedition, as we head out from Heathrow to Nepal, I reflect on the preparation Richard has been doing to train for Project Everest Cynllun. In total, it has been some 18 months of preparation on his part but his physical preparation started in earnest in July last year.

We started working on aspects of physical fitness that we decided would be important for the end goal of extreme physical effort in extremely low oxygen levels.

There were a few things that informed our decisions for a programme. The ability to keep going in that environment at altitude partly relies on managing exertion. Logically, the stronger you are, the lower your perceived exertion climbing a mountain, so you can delay dipping into your anaerobic reserves and so off-set fatigue. Unfortunately, getting stronger often comes with muscles being bigger, so heavier to carry and big muscles also use up a lot of oxygen. The challenge was therefore to get Richard stronger but not heavier and keep muscle bulk to a minimum for the strength he needed.

We started with a maximum strength phase where he pushed the weights hard - around 90% of his 1 repetition maximum for 3-5 sets of 5 with 4 minutes rest between sets. This aimed to add a mechanical load to the muscle tendon unit but limit the metabolic load by giving enough rest for full recovery between efforts. This meant that there was less likelihood for the hormones that stimulate muscle growth to build up.

During phase 2, we worked at converting that strength into something he could use on the mountain. Some power would help him change pace for short bursts if he needed to from a safety or weather perspective. Strength endurance would help him cope with the lactate build up that would inevitably happen towards the end of the summit attempt. This phase comprised of circuit type training or ‘lactate sessions’. 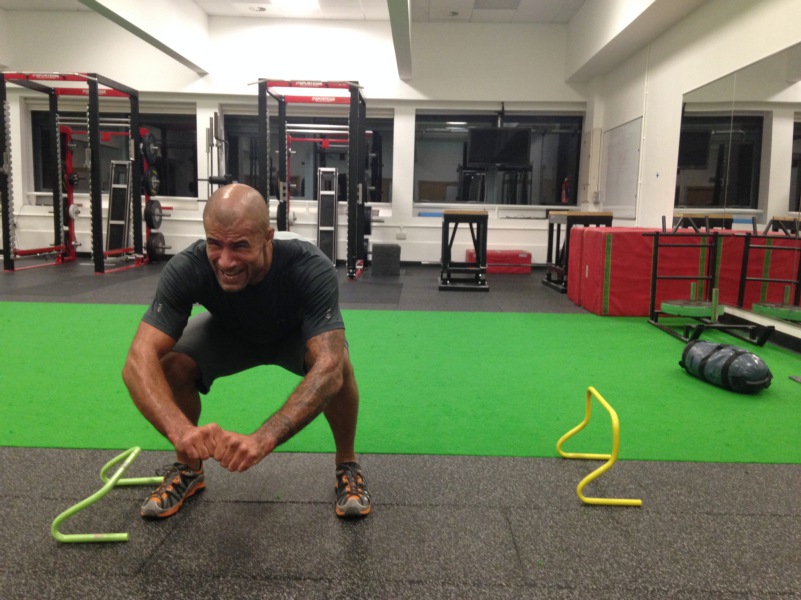 The sessions were lasting about an hour and a half. We didn’t want to lose the strength gained, so we did one or two quality strength parts and some core activation work, then he would rest a bit and then do lactate threshold circuits.

Circuits were typically bursts of 30 secs type work but the rests between those periods were not full rest - he was doing some sort of active exercise but of a lower effort and intensity. So having to maintain an isometric hold during what would be a rest period between an explosive effort. Strength endurance and power. Those sessions were almost in 3 phases to get some adaptation and then the recovery at the end was a different aspect as well.

At the end of this session he needed to do some stretch work anyway. He would have done that as part of his normal warm down, so what we did was change those stretching exercises to yoga-based exercises that also involved some balance.

Part of the training we would do for neuromuscular control would be to what we call technique under fatigue and decision-making under fatigue. So that is an important part of what he needs at the end of this expedition, so when he is tired, he needs to be able to think clearly and control and balance in a potentially very dangerous environment.

So we did the yoga based exercises at the end of his session so he would really have to control his balance even though he was really, really tired.

We used a mask in recovery only. We were looking to some strengthening of his respiratory muscles working on the principle that the stronger the respiratory muscles were, the more air he could get in to his lungs. This would obviously be important when there’s relatively less oxygen in the air - but what we actually found was that using the mask when he was trying to recover and balance was to a certain extent deprivation training. He found it quite claustrophobic because he was trying to recover and get the air in but he had to control his breathing as well, which again will be vital when he’s at that dangerous altitude. This was also very much a mindfulness thing as well as a physical thing. 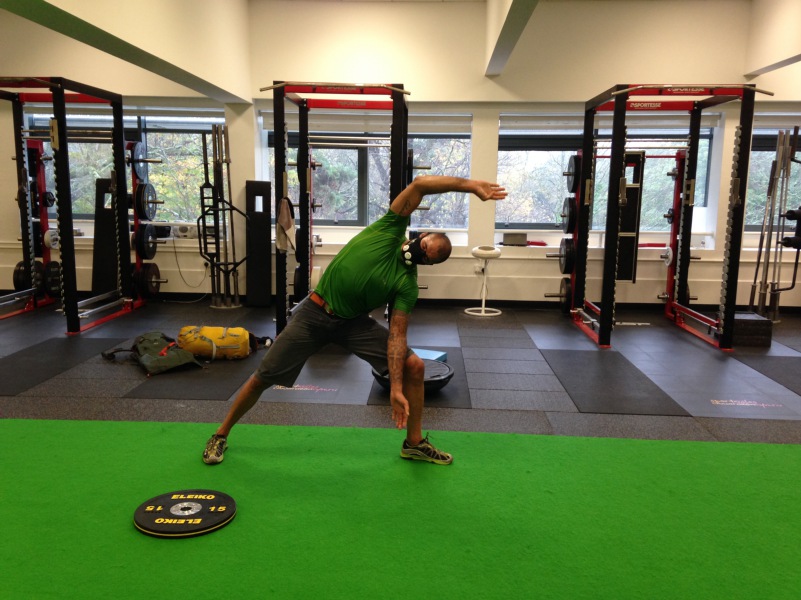 The final part of his training was aerobic, featuring cardiovascular sessions, often in the Environmental Chamber at the University of South Wales. He had maintained his cardio work whilst he was doing other phases but we did specific sessions at altitude in the chamber, meaning sessions would last for much longer in terms of hours. This was a tough period for Rich to manage on top of all his logistical work and day-to-day admin to get ready for the expedition. 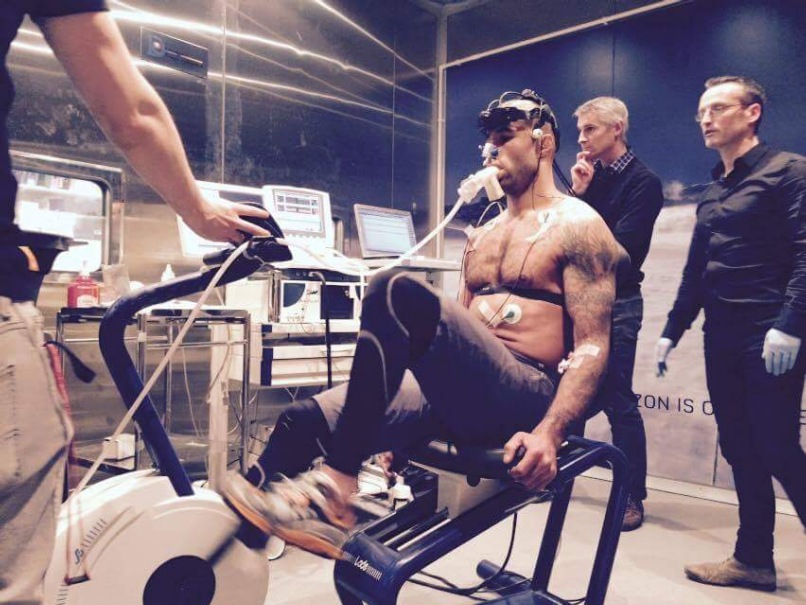 The timing of this trip has also brought into focus the similarities and differences to my other work in High Performance. I am honoured to say that I was recently selected as Chef de Mission to Team Wales for the 2018 Commonwealth Games in Gold Coast Australia. Whilst the conditions couldn’t be further apart and on this occasion I am only looking after 1 athlete rather than over a 100, helping keep an athlete fit and focused during final preparation stages is actually very similar. Making sure the manageable things are kept controlled and finding alternatives when there are less manageable factors will be a large part of what I will be doing in leading Team Wales in 2 years time.

…. And so the expedition begins! I look forward to updating you on some of the things that happen from my perspective - which will probably be very different to Richard’s!