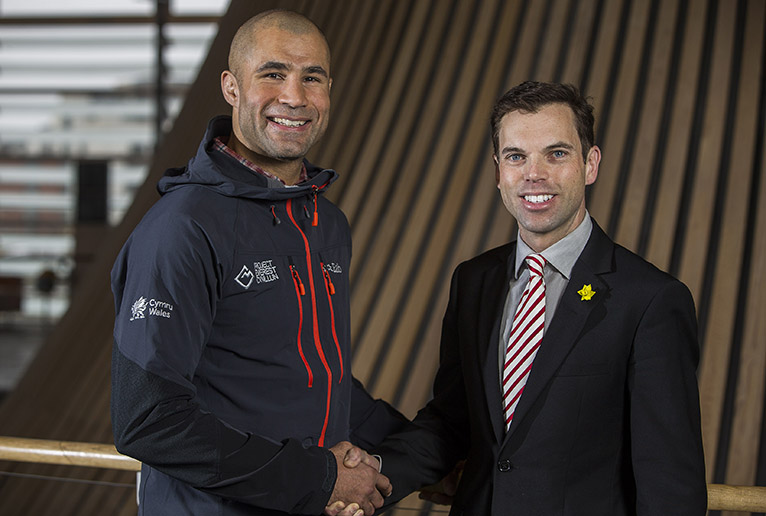 In May 2016 Richard Parks will attempt to become the first person in history to collect a blood sample and muscle biopsy from the summit of Mount Everest. He will also climb the highest mountain in the world without using supplemental oxygen.

Richard will be collecting novel physiological and psychological data during the climb using state of the art technology.

Project Everest Cynllun is a collaborative British research expedition that will showcase internationally the effects of extreme altitude on the body and mind.

The groundbreaking data collected through this incredible feat of human performance will be a pilot study to a larger research group aimed at understanding the mechanisms that underpin dementia and human resilience. 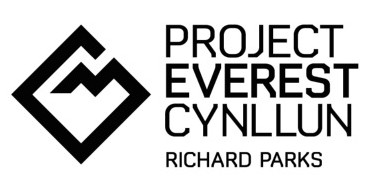 By challenging an otherwise healthy human brain in a hypoxic (low oxygen) environment, Richard and his team of scientific experts will explore the mechanisms underpinning cognitive decline and dementia. Their primary focus will be exploring the link between low blood oxygen levels in the brain and cognition.

This expedition will push Richard physically and mentally further than he has ever been before.

Richard stated; “I’ve been immersed in the development and training for this project for 18 months now and it’s awesome to be able to finally talk about it!”

He added; “Project Everest Cynllun has evolved into my life’s work to date with so many independently exciting components - The physical performance, the world first science, the humanitarian legacy, along with the added honour of representing Wales under the Year of Adventure.”

“I am prepared to be pushed further than I’ve been before, however the opportunity to collect this pioneering data justifies the effort. It’s a privilege to be able to use my performance to add value to our world.”

Richard launched his project this morning at the Senedd, Wales Assembly building, which celebrates its 10th anniversary, before heading to 10 Downing Street for a St David’s day event hosted by the Prime Minister.

The project is a unique and translational research project from molecule to man, laboratory to the field, and a pilot study to a larger research partnership planned post expedition. By challenging an otherwise healthy human brain with limited oxygen delivery, Project Everest Cynllun will explore the mechanisms underpinning cognitive decline, psychological resilience and the corresponding link to dementia. The team will be primarily looking at blood oxygen in the brain and cognition whilst using state of the art portable technology.

Richard has been undergoing extensive testing in the environmental chamber at the University of South Wales working with PhD students led by Professor Damian Bailey, Director of the Research Institute of Health & Wellbeing and Project Everest Cynllun scientific lead.

The data collected in the simulated high-altitude chamber mirrors the Everest collection planned. Together the research will shine a light on how acclimatisation to low oxygen levels and exercise can improve blood flow to the brain and thus offset impaired cognition.

Professor Damian Bailey stated; “Hypoxia can almost give you a day in the life of a dementia patient because you are challenging oxygen glucose delivery to the brain and inducing aspects of cognitive decline in an otherwise healthy person in order to understand the underlying mechanisms. With a combination of acclimatisation and exercise, you improve blood flow and oxygen delivery, and as a consequence you improve cognitive function.”

“So we are using high altitude as an alternative model to challenge the brain and induce cognitive decline, but we are also using long-term acclimatisation to demonstrate how we can actually reverse some of those changes and in essence, improve the brain’s “health and fitness”.

“Like a muscle responding to long-term exercise, we think the brain has equal capacity to adapt, and the improvements in oxygen and glucose delivery will ultimately help offset the cognitive impairment that appears with ageing and which we think is linked in with dementia. We hope that the valuable information from this project can be used in the clinical setting to further improve our understanding of this devastating disease that impacts on millions of patients and their families not just here in Wales, but worldwide.”

Richard’s passion for the science behind his expeditions was ignited working with the GSK Human Performance Lab, University of South Wales and Sport Wales in development for his Antarctica Speed Record expedition in 2014. Project Everest Cynllun is an evolution of Richard's performance research with these world-class British organisations in Antarctica. The Sony UK Technology Centre have played a part in all of Richard's projects and join Project Everest Cynllun as technology partner.

Underpinning this groundbreaking opportunity is the physical performance of climbing Mount Everest without the use of supplemental oxygen. Richard’s physical resilience and conditioning has been led by Professor Nicola Phillips, Cardiff University and Sport Wales physiotherapy specialist working closely with Ana Antón-Solanas, senior scientist at the GSK Human Performance Lab.

Professor Nicola Phillips stated; “Richard’s preparation to climb Everest without using supplementary oxygen has seen him work extremely hard through three key phases: A strength phase, conversion phase, and a cardiovascular phase which he is currently in before an acclimatisation and tapering phase.” She added; “The conditioning has gone very well. It’s incredible how his body has responded to the specific training – he’s not far off the weight he was when he came off Antarctica in major nutritional deficit, but is stronger than he’s been in years.”

She added; “This is going to be an incredibly tough expedition for him. He’s obviously very fit, he works hard at that, but one of the things which sets him apart even further is his mental attitude. This is displayed in his preparation, attention to detail and the incredible strength of will and character when he is in the hardest part of his expeditions.”

GSK Human Performance Lab scientist Ana Antón-Solanas added; “Richard is a truly inspiring individual to work with – his commitment to performance and science make for a very productive partnership. This expedition will absolutely push Richard to the limits of human performance, and therein we have the opportunity to learn more about the human brain and body. Through this partnership we aim to extend our understanding of human function, which will in turn help us innovate in sports performance and healthcare.”

Professor Damian Bailey added; “What you are effectively looking at are levels of oxygen that are completely incompatible with ordinary human life, that clinicians would only ever attribute to a dying patient, but here you have an individual that by the power of acclimatisation and conditioning is aiming to stand on the summit of Everest without supplemental oxygen, which proves how incredibly plastic the physiology is and the power of acclimatisation and exercise.”

Richard and his science team will leave Wales for Nepal at the end of March aiming to arrive at Everest Base Camp late April after his acclimatisation strategy. Richard aims to summit during the last week of May.

He will climb Everest via the South Col route from Nepal. The historic route climbed by Hilary and Tenzing in 1953.

Above 8,000m the body becomes catabolic losing it’s ability to regenerate at a cellular level. It’s called the death zone as there isn't the partial pressure of oxygen to sustain human life. Traditionally climbers use supplemental oxygen above 7,300m, as Richard did in his previous ascent during the 737 Challenge. This time, Richard will be climbing Everest without the use of supplemental oxygen.

Richard aims to collect the following samples on the summit:

On the summit, Richard will collect samples both without supplemental oxygen and also following 5 minutes of breathing supplemental oxygen to demonstrate how close the human brain is to its limits, before descending without oxygen. Selected data will be collected continuously above the Khumbu Icefall during the summit bid and during descent using state of the art technology.

“This potentially will be the hardest psychological test I’ll have ever faced.” Richard stated. “Having the mental strength to stick to the research protocols that we’ve designed and only use the supplemental oxygen for 5 minutes, when every fibre of my body will be screaming for it is hard to articulate. I’m imagining that it’ll be like holding your breath under water and stopping yourself coming up for air.”

Currently the highest blood sample ever taken on Mount Everest is by the Caudwell Xtreme Everest Project in 2007. Incredibly, they collected four arterial samples on four subjects at 8,400m on Everest’s balcony. The team climbed using supplemental oxygen, coming off it for 20 minutes before taking their blood samples. The samples were then taken down to the Western Cwm at 6,300m to be analyzed.

Nobody in history has ever recorded a blood sample on the summit itself, or without using supplemental oxygen.

Everest’s summit stands at 8,848m/29,029ft. “A few feet higher and it wouldn’t be humanly possible” stated Simon Lowe, Jagged Globe director and logistics lead on the project. “Everest is the pinnacle of what we do and climbing it without oxygen really is on the cusp of human endeavour - but if there’s one human I would bet on to do it, it would be Richard.” He added; “The weather, as always plays a massive part, if there’s low pressure on the day, that means less oxygen on the summit, making it feel even higher.”

Wales’ Deputy Minister for Sport and Culture Ken Skates is hoping Richard’s endeavour might also inspire people to take on their own challenges, he stated; “Everest is an iconic symbol of the human race’s quest for adventure and Richard’s expedition has an inspiring message for us all to step out of our comfort zone in order to improve our own lives or others. I know that everyone in Wales will be behind him and in this wonderful Year of Adventure, our nation is proud to have such an incredible ambassador who is pushing the boundaries of human performance.”

Richard stated; “Wales is world leading in the research field and I’m honoured that Project Everest Cynllun is able to contribute. The data collected on this expedition will further our understanding of human function, which has the potential to impact sports performance and healthcare. I'm excited at the opportunity to demonstrate how we can combine the Sport and Health agendas, showcasing Welsh endeavour to a global audience through my ambassadorial role to the Welsh Government’s Year of Adventure.”

Finally, he added; “As with all my projects I am proud and grateful to be working with the very best individuals and brands. My success is rooted in the team that I have assembled around me - in the field and at home. My own Year of Adventure is about to be cranked up a few notches, and I can’t wait to get the expedition underway.”